In the previous blog post, I looked at how we can use the .NET Core CLI to generate a dependency graph which allows you to determine the package references for a .NET Core or .NET Standard project. This is the same technique I used when developing dotnet-outdated.

Once dotnet-outdated started gaining a bit of traction, one of the issues opened on the GitHub repository was a request to support detecting outdated transitive dependencies.

So what are transitive dependencies?

Well, let’s take the source code for dotnet-outdated as an example again. As we could see from the sample application in the previous blog post, one of the packages I reference in that project is the McMaster.Extensions.CommandLineUtils package: 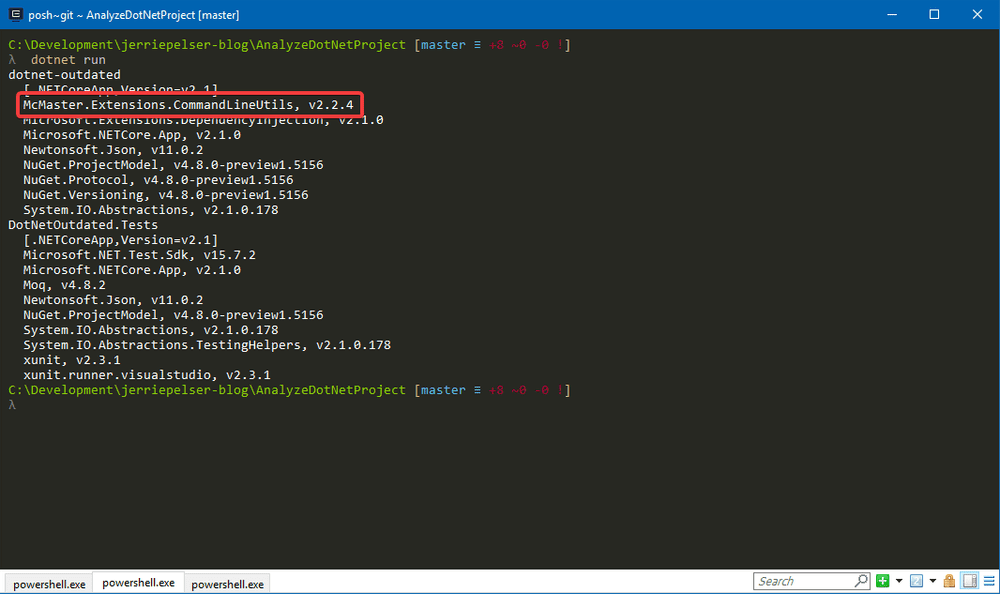 If we look at the McMaster.Extensions.CommandLineUtils NuGet page we will notice that it, in turn, depends on a number of packages, one of which is System.ComponentModel.Annotations: 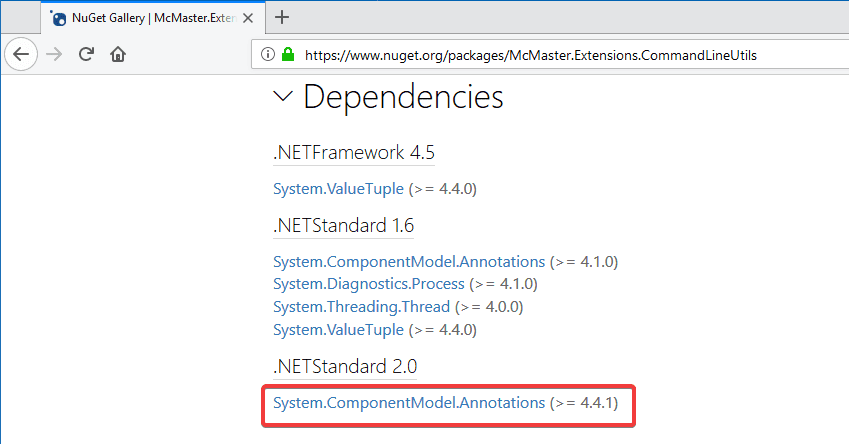 In this example, System.ComponentModel.Annotations is what is referred to as a transitive dependency. This means that it will be referenced by our application transitively because another package our application references depends on it.

In particular, it depends on v4.4.1 or higher of that package. The way NuGet works is that it will, by default, reference the minimum required version satisfying that criteria - in other words,v4.4.1.

If we look at the NuGet page for System.ComponentModel.Annotations we will see that a newer version of that package is available: 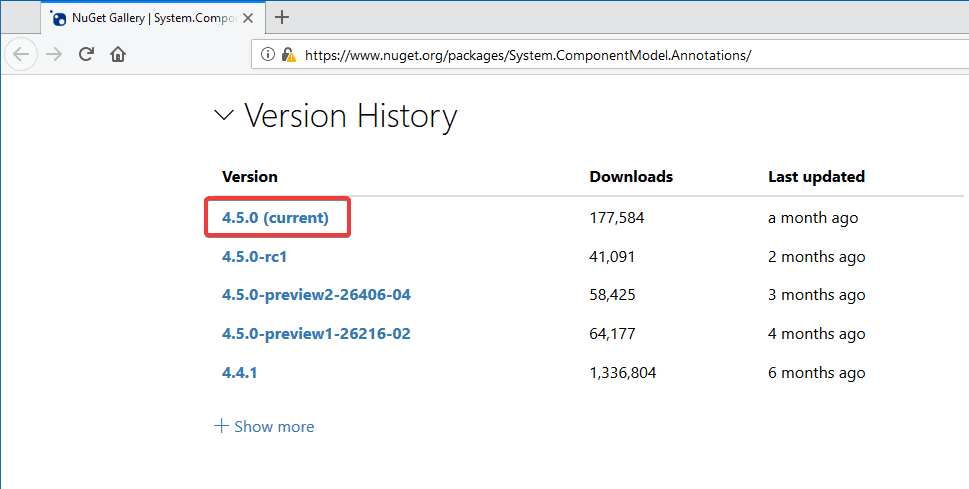 So this is what that GitHub issue requested. They wanted dotnet-outdated to report that even though out application references v4.4.1 of System.ComponentModel.Annotations, a newer version of that package existed. It would then be up to the developer to reference that version directly if they rather want to use the newer version, instead of the older version which was transitively referenced.

OK, so now that we know what a transitive dependency is, how do we find them?

My first thought was that I would need to determine these using the NuGet APIs. In fact, soon after that GitHub issue was opened, someone submitted a pull request doing it this way.

I accepted that PR but started looking for a better way to do it. I was determined to find out whether I could not again piggy-back on work the .NET Core CLI is doing - same as I did for the dependency graph.

It turned out there was indeed a way to do this with the .NET Core CLI.

When the .NET Core CLI restores packages, it creates a project.assets.json file which lists the dependencies of the application. This file is generated and placed in the project’s build assets output path. This is typically the /obj directory of the project, but it can differ. Thankfully the dependency graph we generated last time contains this information in the RestoreMetadata.OutputPath property for a project.

Here is a simplified version of the project.assets.json file

Now we can update the logic from last time to locate each dependency from the LockFile instance and then call a ReportDependency method to print the name of the dependency to the console.

The ReportDependency method is called recursively for each of the child dependencies:

And this is the result: 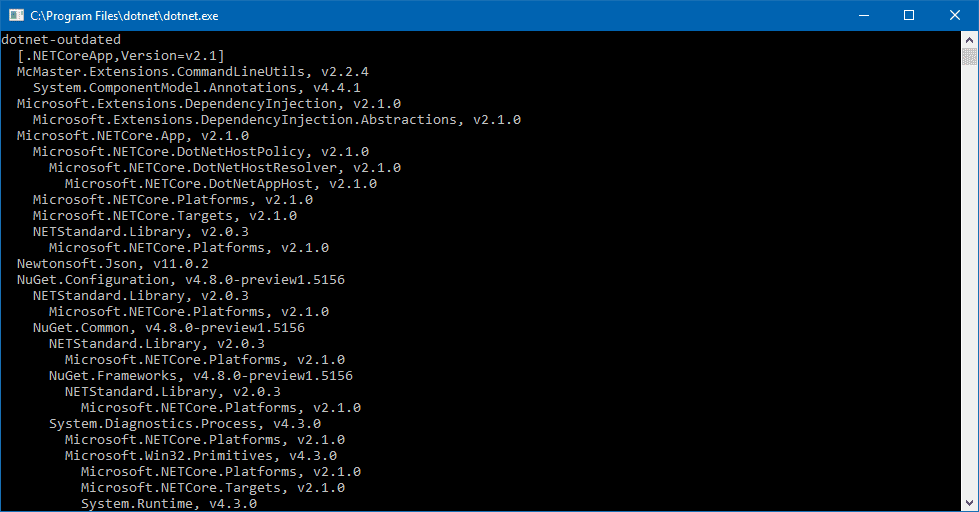 The sample application demonstrating these techniques can be found at https://github.com/jerriepelser-blog/AnalyzeDotNetProject.