TIL: The @ symbol in JavaScript import statement

Today I Learned (TIL): About the usage of the @ symbol in the JavaScript import statement.

I am busy working on a new project and I am using Vue to develop the front-end. I used the Vue Webpack template to bootstrap the project, and I have noticed the usage of the @ symbol in the import statement in various places. For example, here is the imports from my router/index.js file:

Not sure about what this means, I DuckDuckGo’d this and came across the following StackOverflow answer.

It turns out that it comes from the following section of the build/webpack.base.conf.js file:

In other words, this is part of the Webpack configuration and specifically the resolve.alias option which allow you to replace modules with other modules or paths.

To understand what is happening, let’s assume the root folder for my project is /development/slackmap/frontend and this is what the folder structure of my project looks like: 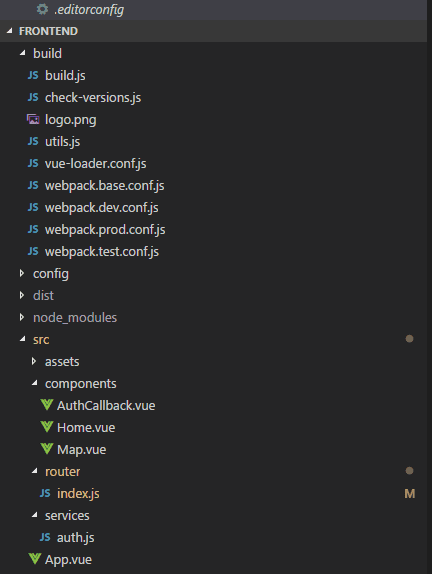 So when Webpack comes across this:

As someone who is not too clued up on JavaScript (but busy learning) the following comment from one of the people on the linked StackOverflow answer appeals a lot to me:

I find a lot of this new and a bit confusing, but building something and asking questions is the only way of learning. So forward I go.

Hope you find this little tip useful. I sure did 😀