ANSI escape codes allow you to perform a range of manipulations in console applications. They allow you to do things such as move the cursor around, displaying text in different colours, display text in bold, underline, etc, as well as various other things.

In this blog post, I will look specifically at the colour codes and how you can use them in .NET Core console applications. I will also discuss why you should probably avoid using them - especially when developing applications for Windows.

Update on 22 October 2018: Manuel Riezebosch notified me of a library he wrote called Crayon that wraps the techniques I describe in this blog posts. Please check it out if you want to use these techniques.

A brief overview of using the ANSI codes

ANSI escape codes are character sequences which you can print to the terminal (or console) window to give the terminal certain instructions. As discussed in the introduction, it allows you to perform various actions in the terminal, but for now, we’ll focus on the use case for printing text in specific colours.

Escape sequences for colours always start off with ESC[, followed by the number for the colour, in this case, 31, which is red. Finally, we need to close off the sequence with m.

Any text following this will now be printed in red. Finally, you will probably need to reset the colour and for that, you will write the sequence ESC[0m to the terminal.

I strongly recommend that you also read Build your own Command Line with ANSI escape codes. It contains a lot more in-depth information on using ANSI codes.

Using it in a .NET Core console app

Running the application in Cmder, I get the expected output: 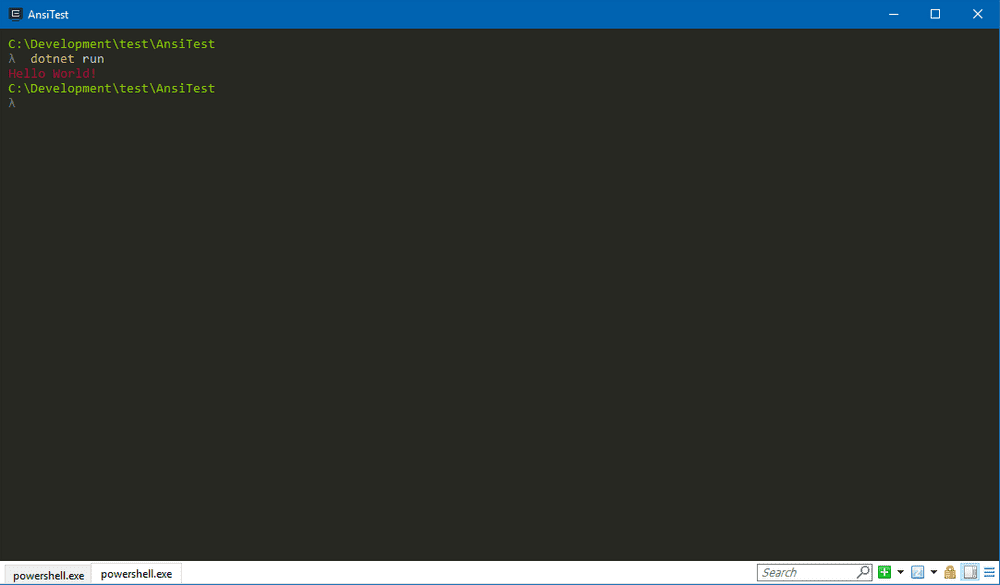 But running that same application in the normal Windows Command Prompt gives a whole different output: 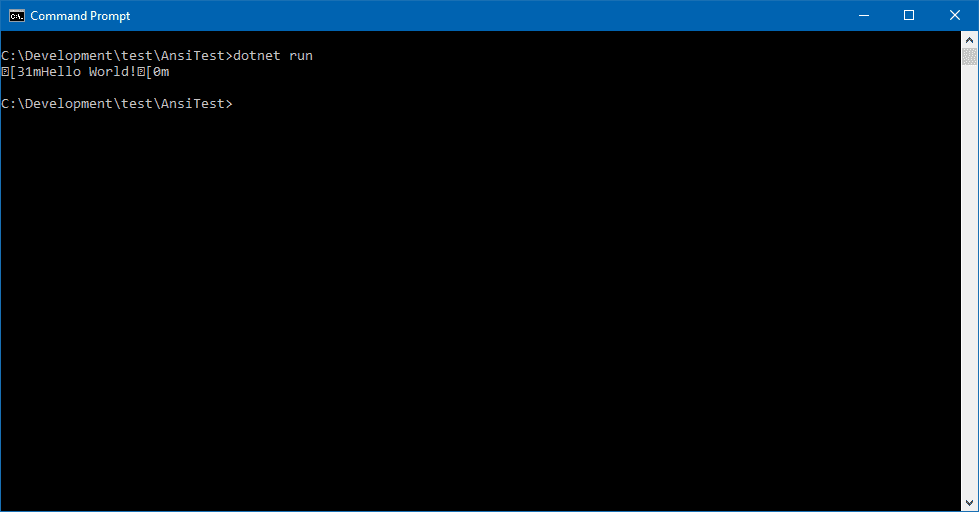 It turns out that ANSI escape sequences are not properly supported on Windows. While they will work fine on other platforms such as macOS and Linux, using them in the Windows is problematic.

In the first screenshot, I used Cmder, which uses ConEmu, which in turn interprets these escape sequences correctly.

Further investigation revealed that Microsoft did, in fact, start adding support for ANSI escape sequences in Windows 10 version 1511 (Threshold 2). It is, however, not enabled by default and you will need to explicitly enable it in your application.

I found a Gist containing some sample C# code to do this, and updated my code accordingly:

This time around, running the application in the Windows 10 Command Prompt gave the desired results: 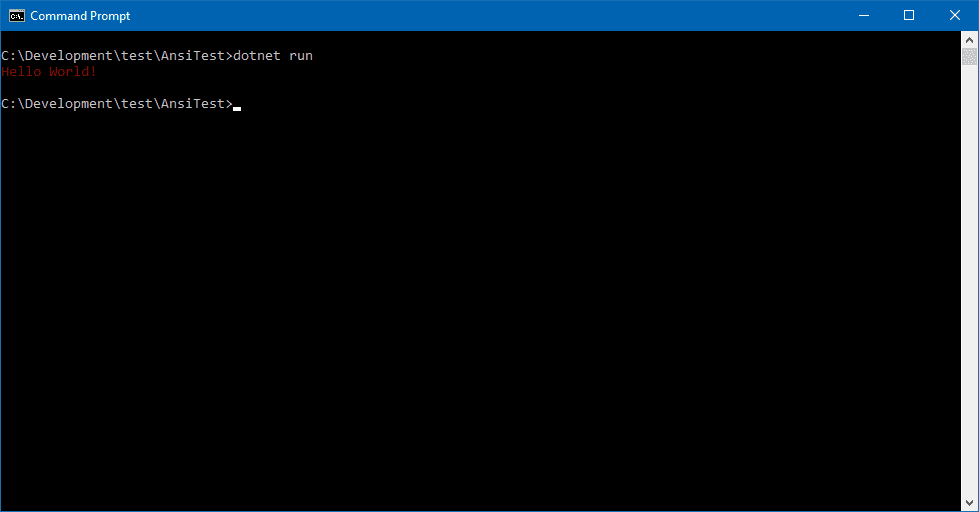 Should you use it?

So this leaves the question: Should you use it?

The answer for that is probably not…

But what about Node.js?

During my investigations into using ANSI codes in C# console applications, I stumbled across Node.js libraries such as Chalk, which appear to work fine on Windows: 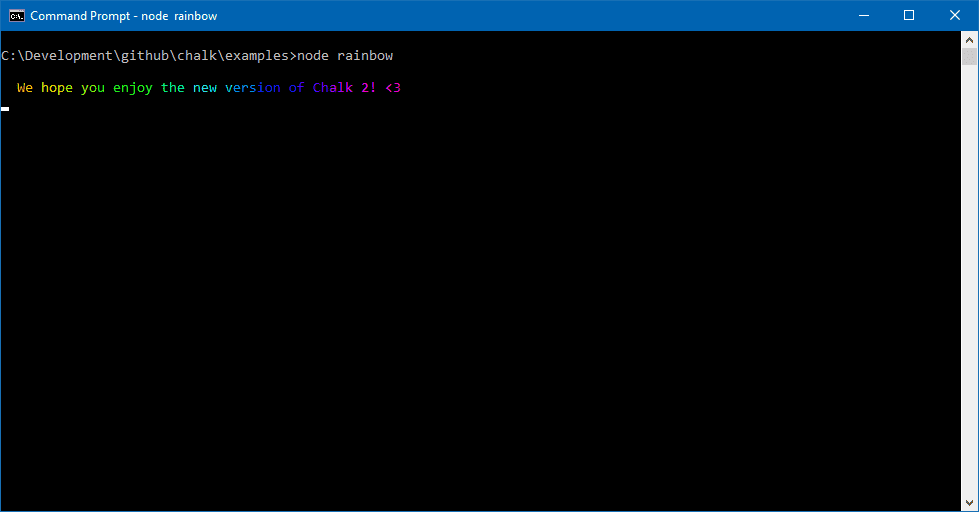 Looking through their source code I also could not find any specific accommodation for Windows, so I was initially a bit stunned as to why this works on Windows, but doing the same thing from my C# applications does not work.

It turns out that Node.js actually provides a proxy layer in Windows which will emulate the ANSI escape sequences correctly when Node.js applications run on Windows.

It would be cool if Microsoft could do the same sort of thing, to enable us .NET developers to more confidently use the ANSI escape sequences on Windows, wouldn’t it?